skip to main | skip to sidebar

a side-project of The Kilimanjaro Darkjazz Ensemble (obviously), MFDC's albums are longer, recorded live and are mostly improvised. as such, the drone / ambient side of the band is much more prominent on these albums. Egor is their 2012 release, and those who haven't heard releases from either group are probably better off not starting here, but if you're familiar with them you'll probably dig it. i like it more than Anthropomorphic, personally. 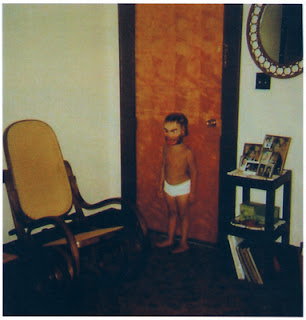 around late 2010, it was revealed that after more than 10 years, indie / noise rock band The Paper Chase broke up, with frontman John Congleton forming The Nighty Night... who sound pretty much like The Paper Chase, really. i would have liked to hear a more drastic change but it's still quality. piano, violin, noisy guitars and congleton's nasally vocals and kinda silly lyrics about stuff you'd find in horror movies.

Sightings - Through The Panama 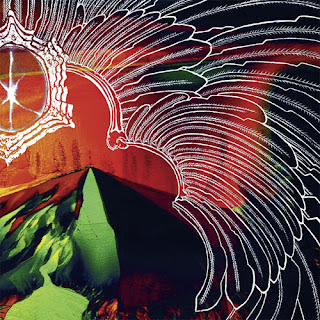 noise rock, leaning towards the noise end of the spectrum.

"Bass, drum and guitars meshed together with a synthetic twine envisioned in future think tanks. Literally the sound of human progress darkened with a profound fidelity so loud the dark matter of the universe quivers in a deadly orgasm. Guitar, bass and drums reconfigured for a new purpose."

also, apparently andrew w.k. produced this album. don't know what's up with that. 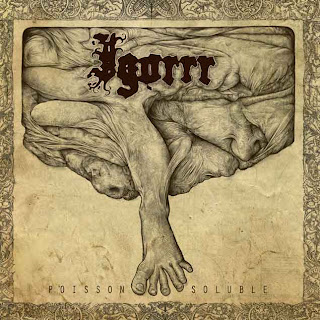 Poisson Soluble is the first album by french breakcore artist Igorrr, well known for incorporating many different styles, most prominently baroque and metal (it works). as this is his first release, i feel that a lot of the tracks don't quite stand up to those on his later releases, but there still some gems here, like the bizarrely catchy Tartine de Contrabasse and the slower Dixit Dominus. as this is from the re-release, there are also 5 bonus tracks, with the most interesting being the collaborations with Indian Sonic.

Keiji Haino, Jim O'Rourke, Oren Ambarchi - In A Flash Everything Comes Together As One There Is No Need For A Subject 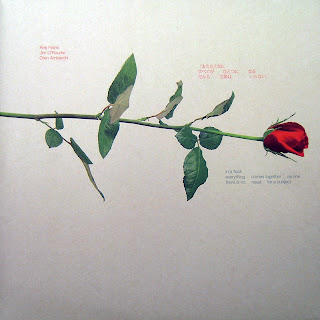 after posting Imikuzushi (also, this was their first release after Tima Formosa. whoops!) someone asked me if i had heard this so i decided to download it and give it a listen. while Tima Formosa wall full-blown drone and Imikuzushi was more simnilar to Haino's noisy rock music, this is kind of a half-and-half album, with the first two tracks falling somewhere between drone/ambient/noise and the last two with more pronounced guitarwork. really good overall. 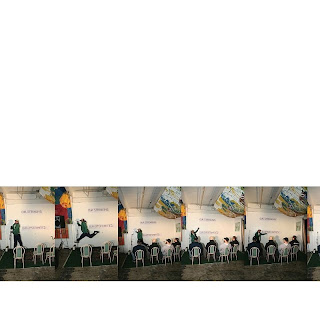 i've heard these guys described as 'technical sludge' (i think), which honestly sums up what they're doing pretty well. sounds like a mix of sludgy riffs played at the pace one would expect from a mathcore album. mostly instrumental, with a couple of forays into tracks with vocals like on their other albums that are usually brief enough for you to not get sick of em. just a really fun album overall.

Small Brown Bike - Our Own Wars 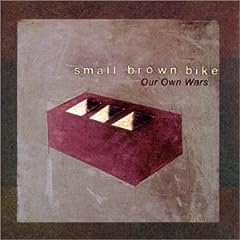 Small Brown Bike's first release from 1999. solid post-hardcore, doesn't do anything very "out there" to be honest but it's still good music. guitarwork reminds me of Bear vs. Shark. apparently these guys are derivative of Hot Water Music though? wouldn't know as i've never listened to HWM but apparently this is the case.

The Tear Garden - To Be An Angel Blind, The Cripple Soul Divide 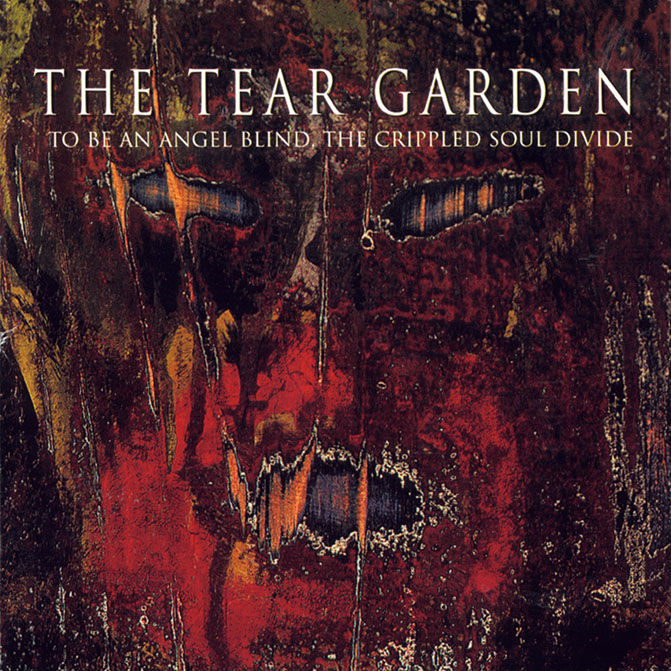 the third album from a collaboration between Edward Ka-Spel from The Legendary Pink Dots and cEvin Key (or however you spell it) from Skinny Puppy. never listened to the latter but this album has made me want to grab something by them. very melancholic, surprisingly guitar-driven album considering the two artists behind it. vocals are an acquired taste like on most LPD albums but they're really beautiful on this. 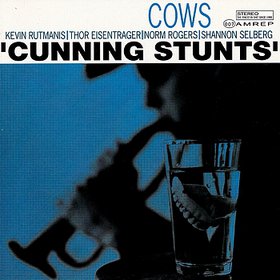 not jazz. Cows were a noise rock band who were active from the late 80s and all of the 90s, with Cunning Stunts being their fourth album. some of the songs on this were slower than i was expecting, reminding me of Killdozer. the vocals were less... gruff than what i though they'd be as well (for a band named Cows). fortunately all of the aspects of these band which surprised me work well.

Nostalgia, HTRK (hate rock)'s first album, is my personal favourite by the band as it captures their sound better than Marry Me Tonight or their 2011 album. the massive bass sound paired with the constant wave of noise from the guitarist, the plodding drum machine and the half-moaning, half-singing from vocalist Jonnine Standish make this album difficult to digest but well worth it.

Comus - Out Of The Coma 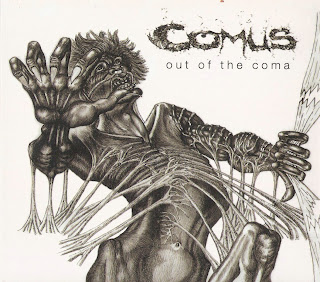 over 40 years after the freak-folk band released First Utterance, widely regarded (at least on the internet) as pretty fucking classic, Comus have actually put out another album. it's about what you'd expect; the first three songs, being entirely new material, aren't as dark as on their first album (though The Sacrifice comes pretty close and rules) while The Maalgard Suite, a 15-minute song from 1972, would be excellent if the quality wasn't so mediocre. but it's still a pretty good album and it makes me smile if only because it sounds like they're having a hell of a time with the new songs. the punk band Flipper are best known for their album Generic and the song Sex Bomb moreso, with the whole deal sometimes being compared to sludge. Gone Fishin', their follow-up album, receives a lot less attention, with the album featuring cleaner production and a wider range of instruments. don't think that they've changed the sound and overall mood that people love Generic for, though, this is more the band pushing boundaries.

also the album cover doubles as a cut-out for their tour van which is a totally great idea for an album cover. anyone who was saddened by the disbanding of ミドリ last year, a japanese "jazz-punk" band, should definitely check these guys out, who seemingly sprung up to replace them. the general gist of this stuff is ripping guitars and bass (and drums) with piano interlaced along with a chick who goes from screaming and growling to cutesy-type vocals. so yeah, basically ミドリ. though there isn't as much piano on this EP.

if anyone knows any uploading sites which aren't shit, leave a comment please. mediafire won't work and bayfiles deletes inactive files after 30 days which is a massive downside, so i'm kind of at a loss here.

edit: problem solved, hopefully. i'll probably be gradually uploading stuff as it gets deleted so leave a comment if you run into any dead links (or if you've already downloaded stuff from bayfiles it'd be a great help to reupload them; this is me being lazy but it also means i'll be able to post more new shit.)
Posted by nick at 10:41 PM 4 comments: 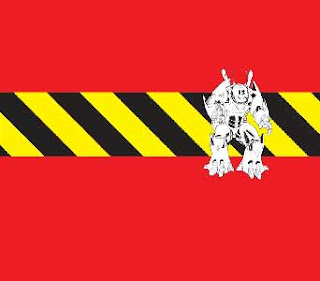 Viva 6581 is rhythmic noise with a dash of chiptunes, really solid and underrated little EP.

Older Posts Home
Subscribe to: Posts (Atom)
i post music i like / find interesting with no malicious intent. none of the files are hosted on my own servers, this is just for promotion, support the artists, you know the drill

if you want to send me a message for some reason (if you want a dead link re-uploaded or a file removed), i can be contacted at xgina@live.com or http://last.fm/user/extraaaa

i use UltimateZip as it works pretty much everything. if there's a problem with .7z files download 7-zip.

if you enjoy the music, please leave a comment!